An Immigration Success Story of Perseverance, Adaptability, and Faith

Do Won Chang (nicknamed Don) is the founder of Forever 21, a store that was started in the United States of America and has branches all over the world and turns over billions in sales every year. He, together with his wife, is worth $6.3 million, listed as #248 worldwide by Forbes.

However, he doesn’t keep all of that money to himself. He is also a philanthropist, donating lots of his time and money to causes closes to his heart.
His life wasn’t always as gilded as this. Do Won Chang was born in a village called Myeong-Dong in Seoul, South Korea in 1954. His strong work ethic was in him from an early age. When he was old enough, he worked in coffee shops and started his own coffee delivery service.
In 1981, Don Chang moved to America with his wife, Jin Sook. At one point, he had to work three jobs. He worked in coffee shops, he worked as a janitor and as a gas station attendant.
However, once he had lived in the states for a while, he discovered that fashion would be his ticket to success. He noticed that all the wealthy people around him worked in fashion.

American Dream
In 1984, using the wages from his three jobs, Do Wan Chang was able to open his first store in the Highland Park area of Los Angeles. He called it Fashion 21 and targeted it towards his fellow Korean-Americans. In just the first year, sales soared from $35,000 to $700,000. However, as the business took off, he wanted to broaden the demographics of his customers.
Chang changed the name of his store to Forever 21 to appeal to more customers. This clearly worked as he was then able to open more stores in the United States and even in his hometown, Myeong-Dong back in South Korea. Within five years, he had opened eleven stores.

Recession Bites
2009 was a very tough year for everyone, including businesses, as we all know, due to the recession. Chang was forced to make a few cuts and close seven stores. However, you can’t keep a man with his tenacity down for long.
Forever 21 soon recovered and has continued to grow and grow. It now has over 600 stores around the world, including one in Birmingham and one in London, UK.

Faith
Chang and his family are committed Christians. This is seen on every one of their carrier bags where John 3:16 is printed. Do Won Chang and his wife go to church every morning? When they first came to America, Jin Sook went to the top of a mountain to pray. Chang cites the Bible as his favorite book.

Family
Chang and Jin Sook have two daughters, Linda, Forever 21’s marketing manager, and Esther heads up the merchandising. Despite the global success of Forever 21, unusually, it is still a family owned business and has not been floated on the stock market. Jin Sook is the buyer for Fashion 21 and personally reviews four hundred designs per day.

Legal Problems
Forever 21 has faced many lawsuits in recent years over alleged copyright infringement in their garments from designers such as Gwen Stefani and Diane Von Furstenberg.
However, the family has never been found liable for copyright infringement. In fact, when they started selling cheap versions of accessory designer of the year Alexis Bittar’s jewelry, he was very excited and took it is as a compliment that someone thought his designs were good enough to copy.

Do Won Chang and Jin Sook run the Fashion Delivers Charitable Foundation which donates money to churches and other faith groups? They carry out missionary work in third world countries. Some of the causes the foundation supports include

Starlight Foundation – helping seriously ill children. Forever 21 recruited celebrities including Demi Lovato and the Hilton sisters to design clothes for Forever 21’s recent Starlight Campaign
Chang has said that his mission in life is to help others and the selling of clothes is his “tool” for doing that.

A Beloved Brand
People don’t just buy Forever 21’s clothes, they love them. Teenage girls are regularly uploading videos showing their latest purchases from a Forever 21 store. This cannot be said of many other brands.
Part of Forever 21’s appeal is that it is inexpensive, like Primark and Peacocks. It is accessible to everyone.

Inspiration to Others
Chang never forgets his roots and it makes him happy that others from similar beginnings might be inspired and motivated to make successes of themselves just like he did. As he says to an interviewer for the Los Angeles Times:

“Forever 21 gives hope and inspiration to people who come here with almost nothing, and that is a reward that humbles me: the fact that immigrants coming to America, much like I did, can come into a Forever 21 and know that all of this was started by a simple Korean immigrant with a dream.”

Do Won Chang’s Lifestyle Now
As well as overseeing Forever 21 as its CEO and going to church, attending to the charitable causes close to his heart, Chang likes to play racquetball and watch his favorite team, the L.A. Lakers on his television at his $16.5 million houses. 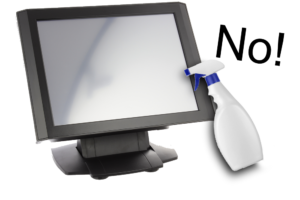